Flood Map Changes- Now Is The Time To Act!!!

If you live in Clive and are affected by the recent flood map changes, then you should call Absolute Insurance at 515-279-2722 to help you understand your situation. If you'd prefer to read, then below is information for your consideration, and then call Absolute Insurance at 515-279-2722. There is also helpful information at FloodSmart.gov- the official site of the National Flood Insurance Program. 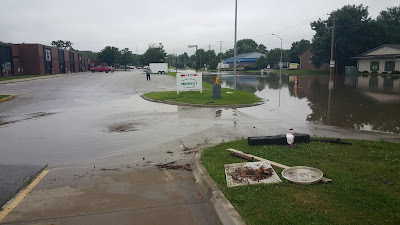 Last Saturday, the City of Clive hosted an event at the Indian Hills Middle School auditorium to help address questions relating to flood map changes that have been completed by FEMA. There were FEMA representative on hand as well as city council members, the mayor, and representatives of our federally elected officials of Congressman Young and Congresswoman Joni Ernest plus Senator Chuck Grassley.

Absolute Insurance sent a representative (Dan Bell) to attend this meeting as well to better understand the changes that are forthcoming and to better assist clients and homeowners that are affected.

The mapping changes have changed the Base Flood Elevation (BFE) for the area surrounding the Walnut Creek Watershed area which includes hundreds of homes and business in the Clive area. However, 2/3's of the entire state of Iowa have had remapping conducted as well meaning the impact of these changes will be widespread. With that said though, Clive and other areas of Polk county will begin the implementation of these changes with initial procedures beginning January 2016 and with a anticipated date of January 2017 for the maps to become effective.

There are essentially 3 different situations that have occurred from the remapping:

This Is Your Call To Action: Here is what YOU can do to help mitigate the cost of the newly required flood insurance for federally backed loans:

From what was disclosed at the meeting, these maps will take effect on January 1st 2017 with a few exceptions being made through an appeals process. However, if you are a homeowner that is being adversely affected by these changes, NOW is the time to act. Contact Absolute Insurance at 515-279-2722 or go to FloodSmart.gov for further information.